When setting up a new instance of Infor CRM, it can be very temping to declare victory as soon as you have tested the site after deployment. There are, however, a few more steps before you truly have everything set up. For the next few posts, I will be covering those last few steps, as well as some that often get left ’til the end, even though they should be done earlier.

Today we are going to look at the Windows folders Infor CRM needs to function properly. While Infor CRM can store almost everything in its database, it does use Windows folder to store a few things such as file attachments. And although it is a good idea to set up these folders before at the beginning of the installation, it is generally okay to leave it until later in the process.

If you are using sync, the Windows folders you need to create are Synclogs, Documents, and Library. I suggest you go with the standard of creating the folder “Synclogs”, and then creating “Documents” and “Library” as subfolders under synclogs. If you do not have sync installed, you only need to create folders for Documents and Library. You can put the folders anywhere you like on the network, or just on the same CRM server, but they need to be shared so that all CRM users have read/write access to them. Once you have done that, you will need to copy over the contents of the Documents and Library folders from the previous instance (if any). (Note that you can name these folders whatever you like, but I suggest sticking with the standard.) 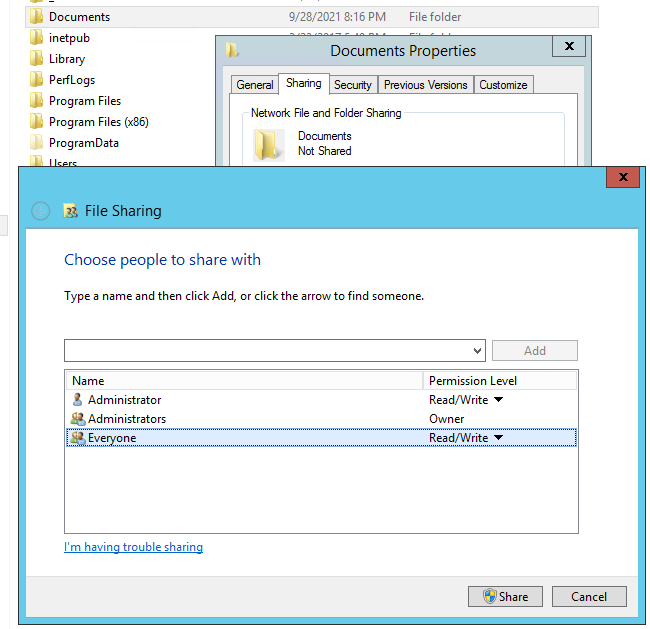 The last step of setting up the folders needs to be done after the Infor CRM is installed. In the Administrator program, click Systems in the nav bar on the left, go to the Offices tab, and double click the main (or only) office. Now go to the Sync Options tab (yes, even if you aren’t using sync). At the bottom of that tab, you will see a section for Shared Paths. This is where you let the system know which shared folders to use. If you are using sync, enter the path for Synclogs. You will notice it fills in the default for the other folders (which can be changed). If you are not using sync, just enter the path for Documents and Library. Note that the paths you list are passed to the client as-is, so use the full network address that a computer on your network would need to get to the folder. 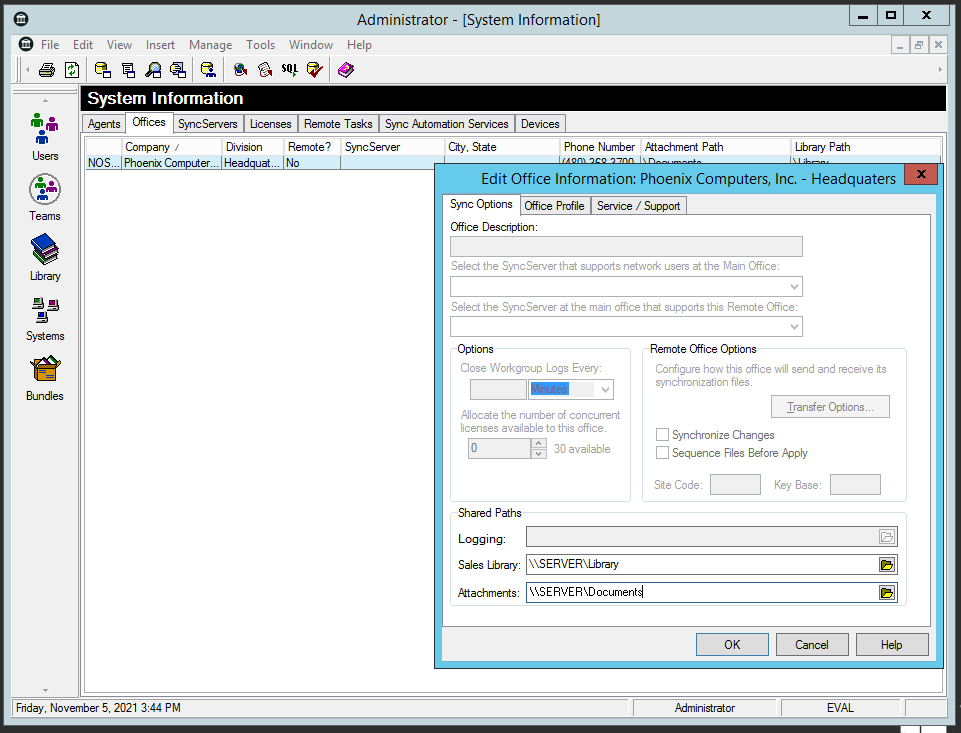