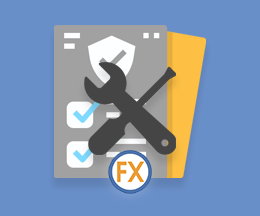 Why choose Customer FX as your Infor CRM Partner? Find out why

The ReportUtility Assembly allows you to easily export an Infor CRM report to a PDF from C# code. You can also save report PDFs as attachments to records in Infor CRM.

Attaching a Report as a PDF to a Record

Exporting a Report as a PDF File

The methods do have other options such as a specific path to save the report as, and name of the file, as well as adding a description to the attachment record.

You can also set report “prompts” (parameters) as well.

To filter the report for a specific record or records, you need to set a valid Crystal record selection formula in the RecordSelectionFormula property. Some examples include:

It can also be more complex, such as the following:

The following articles will assist you in getting started

The FX.ReportUtility is licensed under the GNU v3.0 License. View the license details. No warranties are given or implied. Use as-is at your own risk.