In my previous post, I talked about the IIS settings used for Infor CRM SLX. In that post, I suggested binding the Saleslogix website to all unassigned IP addresses with no host name specified, on the desired port or ports. For Infor CRM SLX implemented on a standalone server, or any environment in which CRM is the only site on the IIS server, this would be the normal recommendation. Things get more complicated when there are multiple sites hosted on the same IIS server, so I wanted to give some information that would help is setting up or troubleshooting Infor CRM’s client site in those situations. 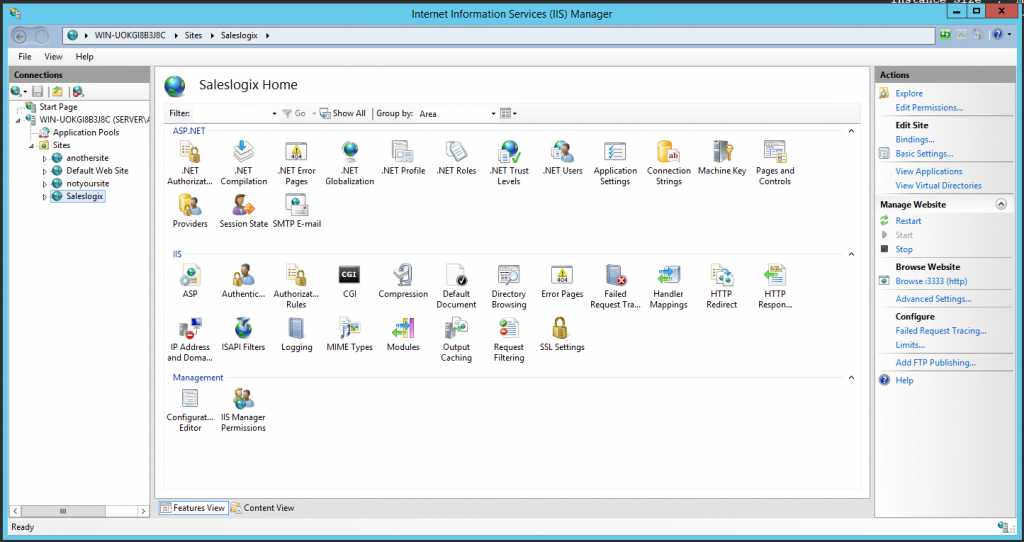 A single instance of IIS can host many websites. For each site, you can edit the IP address, name, and port by right-clicking the site and selecting Edit Bindings. Each site can have one or more bindings; which you can add, edit, or remove in the Site Bindings window. The main stipulation is that each binding has to be unique on that server. The IP address and Host Name may be left blank, but you must assign a port. For a given binding, leaving the IP or Host as blank will mean all traffic not directed to another IP or Host on that port will be routed to that site. 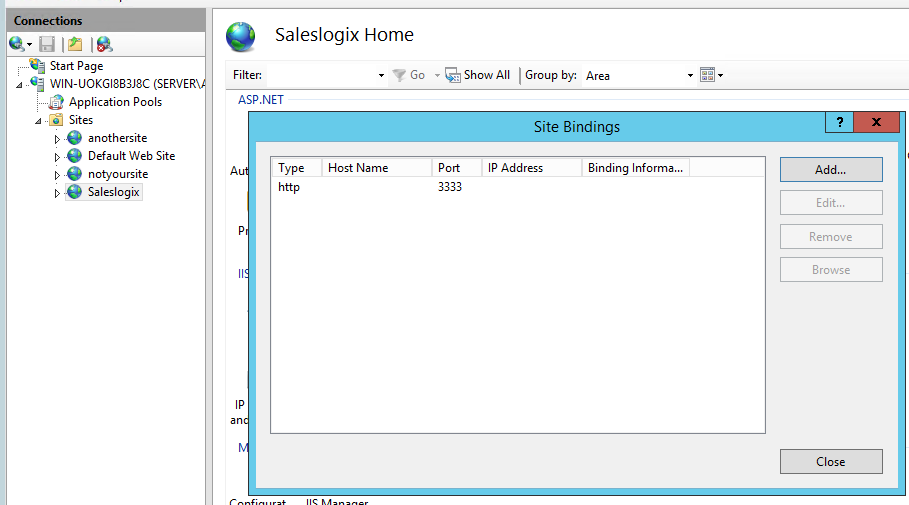 As I have yet to work with an IIS server that has multiple IP addresses, I always leave that field blank. On a test server (which is where I often work), I find it easier to leave the Host name blank as well, and use ports alone to differentiate between different sites. The default port used by the Saleslogix web client is 3333; so if I have three test sites on the same server, I might put on on port 3333, one on port 3334, and one on port 3335. (Note that port 443 is reserved for SSL traffic, and should not be used without a certificate.) 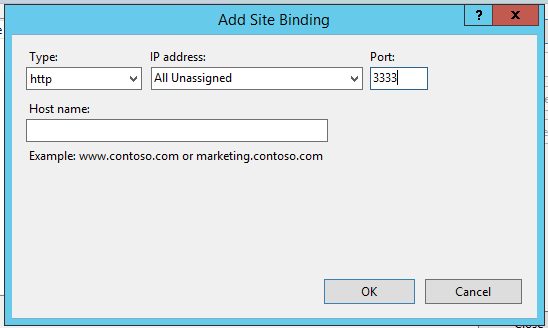 On a production server, it might be easier to distinguish by using host names, or a combination of ports and host names. 80 is the default port for web traffic; so if you bind an site to port 80, users would not need to specify a port when they connect, as browsers use port 80 if no port is specified. As long as each site has its own unique combination of port and host name, it can be running at the same time as all the other sites.  (Note that you are not physically prevented from giving two sites the same port, etc. in their bindings, but IIS will not allow both to be running at once.  Outside of special cases, this should be avoided.) 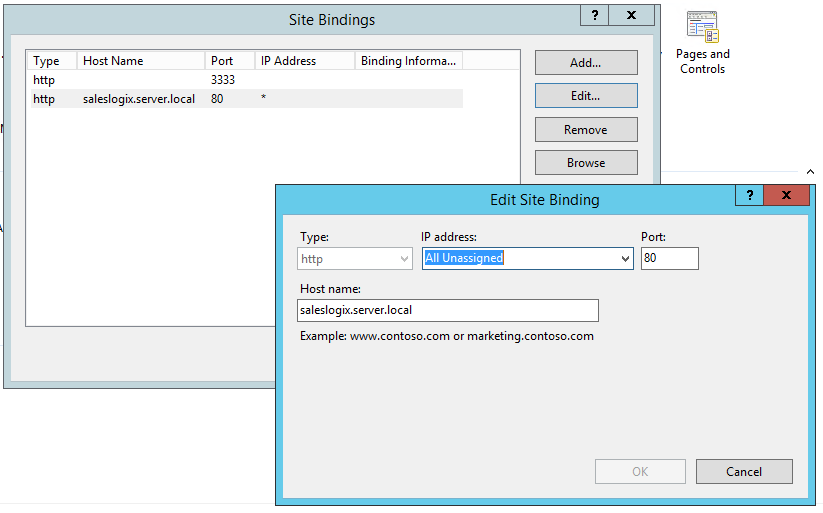